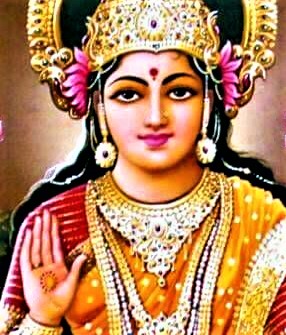 Devotion is a relationship between a person and God the Creator, Protector and Dispenser of the Universe including the whole of humanity. It is the tender most emotion of the devotee with the most persistent desire and effort to maintain the relationship at any cost, and at any sacrifice including even life-surrendering. It begins with a desire of seeking protection from the dangers and difficulties that the devotee is beset with at every stage and step during his living. The man on the path of devotion accumulates his qualifications for the granting of the solicited protection by means of obedience to the commandments let down in scriptures, and serving saints and seeking their guidance, and moulding the details of his life and living accordingly.
Once the seed of devotion is sown, the aspirant progresses more and more speedily, because he is under the guidance of invisible souls and forces. From selfishness and worldliness, he rises to selflessness and oneness with the devotee world of advanced souls on the same path. Later, he no longer prays for relief, does not accept gifts and takes the highest pleasure in standing as a giver of however little to others, and yet with the highest humility.
The protection seeker is a mediocre devotee ( Gauna Bhakta) and the giver who has been also endowed with divine knowledge is the superior devotee( paraa-bhakta ). The third stage of divine love is reached when the relationship between a devotee and his God has ripened to the full reality of human relationship as in body and flesh. Thereafter, the universe and its complicated working and consideration of one's own needs and conditions, as they arise from time to time, gradually slip away from the devotee's consideration and concern, and become extinct. Nothing else remains except the Devotee, the God and the Love interconnecting them both. The surrendering of one's everything and one's self and the feeling of the most excruciating pain on getting the idea of physical or mental or spiritual separateness from one's God is the principal characteristic of the divine love. The idea of superiority and inferiority gradually vanishes, especially whenever, the devotee experiences the highest fervour of that love, amounting to Passion. The readiness to do anything for the sake of one's God, who is then his The Only One - The Beloved- is immeasurable and the only desire and goal is that of being ever in company with and in service of The Beloved. The devotee is , then, one with The Beloved and ever willing to merge The One Beloved, with fullest unification and identification, after the most complete  disintegration of the smallest thing in or about him, which can be traced, developed or magnified to establish or infer any separateness of his individuality from The  One  Beloved.

When a devotee reaches the stage of Divine Love, he has no demand, or desire and no expectation of return. Nothing else pleases him except companionship with The One Beloved. To be living with the mind, refusing to be engaged in anything else except what relates to The Beloved is thorn piercing condition or out of water fish condition for him. Even if the mind is forcefully distracted by others on account of circumstances and requirements of life and living, it forcefully rushes back to The Beloved, as soon as free from other clutches. None else except The Beloved is felt as one's own. There is a conviction that there is no higher pleasure. Whatever has any relation with The Beloved gets a dazzling and gives a dancing colour and temperament. There is inner perfect faith that The Beloved though indifferent unkind and even seemingly cruel has been all the while viewing him, feeling for him and is ready to make the sacrifice even much greater than his own. He feels as if he is in a race with The Beloved in a matter of entertaining greater intensity of love and a greater readiness of making self-sacrifice, with the ambition of securing the glorious position of having been admittedly the greater giver, and the greater sacrificer.
He rejects supernatural powers and even sovereignty of the whole universe.

His joy is to be ever remembering His Beloved and to be ever experiencing horripilation, throat-choking, sighs, sobs, tears outright laughing or weeping, dancing, prattling and absent-mindedly ceasing to do anything. He gets above all notions all honour and dishonour, and of shamefulness and shamelessness, acts something rashly, motivelessly and meaninglessly, sometimes impatiently and behaves sometimes as if drunk or lunatic.

His permanent feeling is that he has nothing else remaining to be achieved, there is nothing else to be sorry or envious about, that he has perfected himself in everything else. He has no fears even of dying and has no other ambition. One thing about which he gets gluttonous in the companionship. He craves more and more for the constant touch with The Beloved and gets more and more dissatisfied with the love stages which he is, so rapidly climbing one after another.

He experiences that his Indriyas, organs of knowledge and action, the eyes etc., have risen in rebellion and have been determinedly refusing to do anything except what relates to the One Beloved. The portrait of his Beloved is dancing before his closed or open eyes. The heart and head are fully occupied with the Beloved and Beloved's thoughts, leaving no space for anything else.  He feels he has sold himself away. He feels nothing else exists for him except him and his Beloved. He feels he does not exists at all. He feels nothing else exists except His Beloved. He feels everything is His Beloved's and in the form of His Beloved.
Finally, even though the " I " of his has disappeared, he becomes unable to bear, the idea that though it is the Beloved Herself, Mother, she should not have two aspects, even nominally viz., one as the lover in him and another as the Beloved outside him. He is unable to bear the idea of himself being different from Mother or Mother being even temporarily imagined as different from him. Even the imaginary difference between the Lover and the Beloved, becomes too unbearable and there is the finalmost desire of complete mergence.

(118) Saadhvi साध्वी -Saint-attached. ललिता सहस्रनाम स्तोत्र, नाम क्रमांक 128
Because in the three times ( past, present and future ) She is attached to none but to Her own saintly devotees, and because She has unequalled fidelity to Her devotees, Mother is praised as Saadhvi ( the virtuous one ).